When OKCupid tell you your profile is no longer active, it is a demonstrable lie, and it’s very telling.

OKCupid recently sent me an email saying that they had stopped showing my profile to other users because I hadn’t used the app/site for about a month. 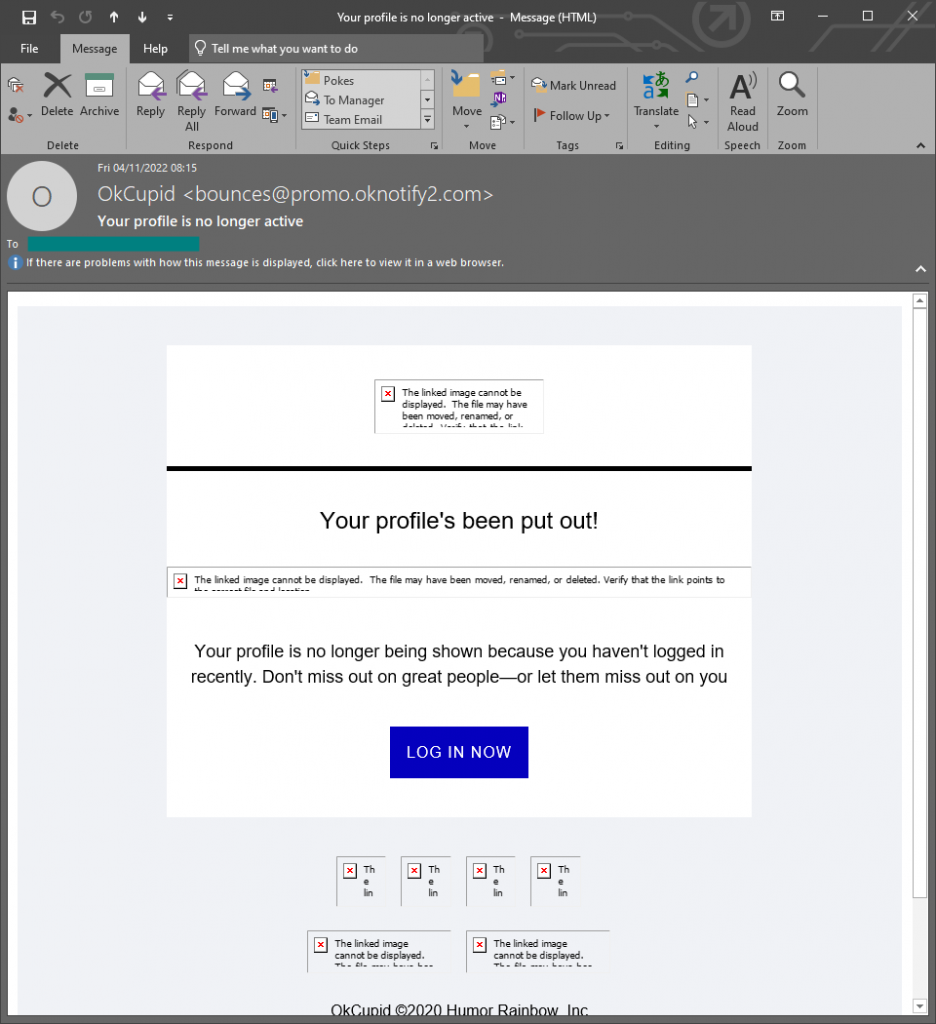 This email was delayed by at least 9 hours because I received the notification from the app on my phone the previous night.

However, later that day (or the next day if we’re going by the app), without logging back onto the app/site and reactivating my account, I received an email saying that someone had liked me back. 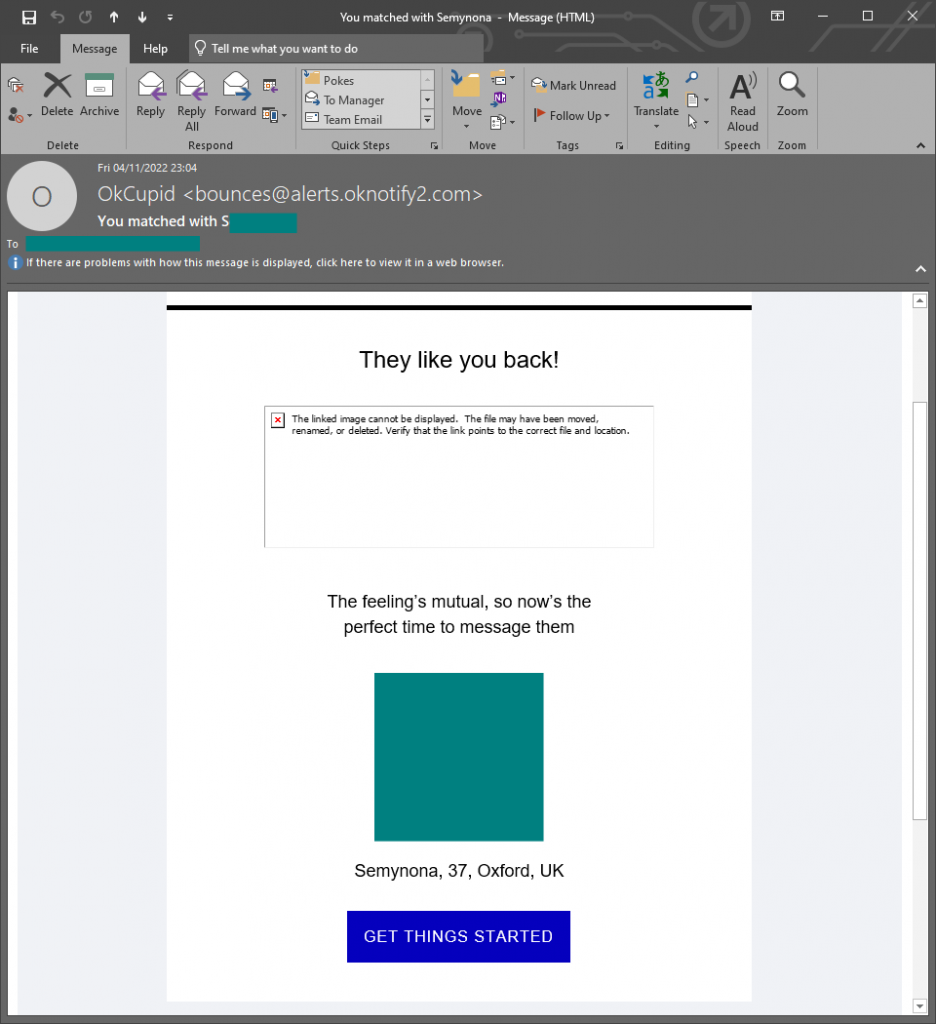 The user appears to have also sent me an intro four minutes later. Although, I haven’t logged on to see if the intro sender was also the liker, so I can’t say for sure if they’re the same person. 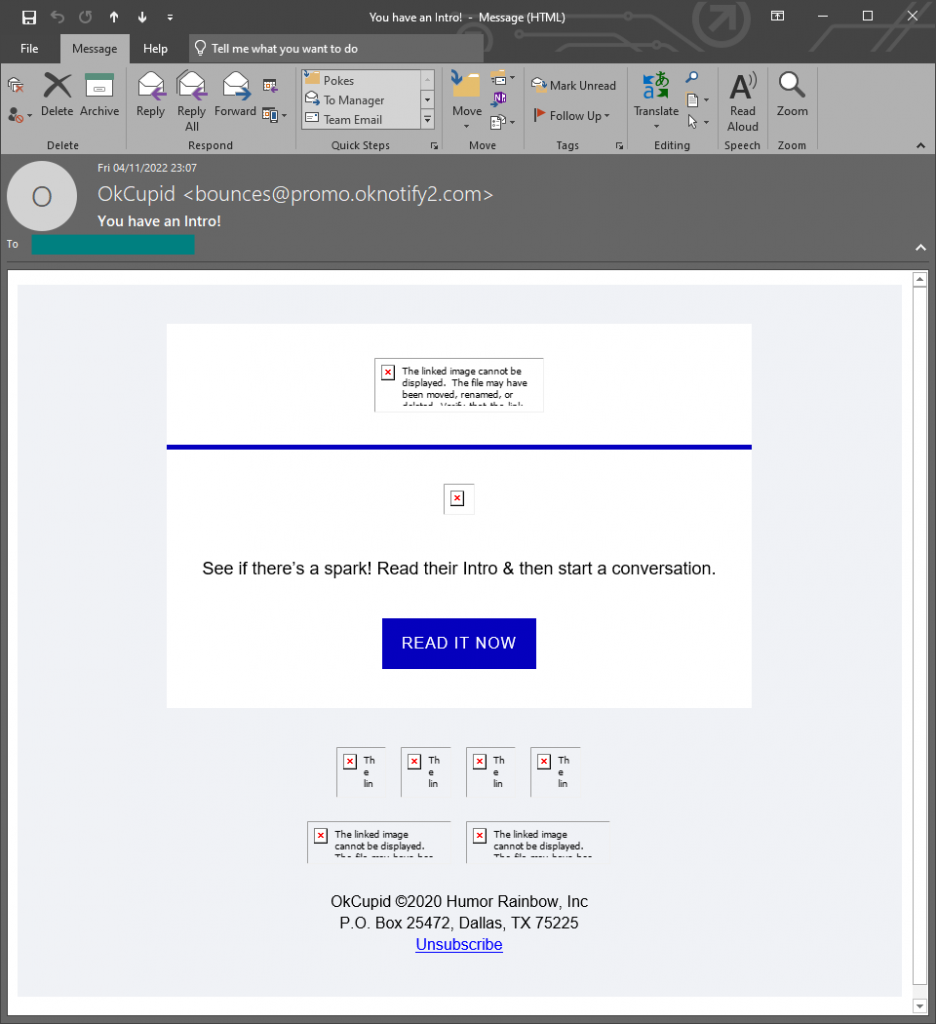 There are really only two possible causes for this behaviour:

Neither option is good for OkCupid.

I would suggest that the first option is more true. After all, I’ve already covered how Match Group doesn’t actually hide inactive profiles on OkCupid. However, I would go further. I would suggest that OkCupid took active measures not to show my profile to people I had liked (I’ve already covered how Match Group withholds likes on OkCupid), and they only reversed this and showed my profile to someone I’d liked when I hadn’t used the app in a month as a way to lure me back on. I mean, the timing is very suspect. They had a whole month (at the very least) to show my profile to this user, but they decided to leave it until after they had allegedly stopped showing my profile to people.

This brings me back to the main thesis of this site:

Match Group’s goal is not to find you a match. It’s to keep you single and on their shitty apps for as long as possible so they can make more money. They profit from your loneliness. And it’s easier for them now more than ever since they’ve taken full control of who you can see and who can see you.

This site uses Akismet to reduce spam. Learn how your comment data is processed.

A site about how Match Group have ruined OkCupid and all online dating.